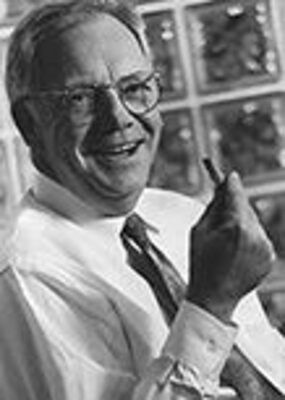 He was born in Big Stone Gap, Virginia, the son of Alfred Richard Anderson Sr. and Mable Ward who preceded him in death as did his five older siblings.

Buddy played football at Big Stone Gap High School, going on to play at the University of Kentucky before later graduating from East Tennessee State University. He later served in the United States Army Reserve.

He started his career with the Mead Corporation in 1960, working in various roles across OH, WI, and VA. In 1982 he then joined RR Donnelley & Sons (formerly Meredith Burda) in Lynchburg, VA. He relocated to Casa Grande, AZ in 1985 to build and launch RR Donnelley’s printing plant in the Southwest. Bud retired from RR Donnelley in 1999. In 1960 Bud married his childhood sweetheart, Fonda Louise Potter, in Big Stone Gap. They remained a devoted, loving couple for over 60 years before her passing in August of 2022.

He was passionate about his family, friends, and community, serving on numerous civic organizations ranging from the United Way, Junior Achievement, Scouting, as well as many boards of hospitals, colleges, and economic development organizations both in Virginia and Arizona. He enjoyed spending time with family and friends in addition to an occasional round of golf. Bud was a lifelong member of the Southern Baptist faith. He was a member of Trinity Southern Baptist Church in Casa Grande.

Graveside services will be conducted at 10:00 a.m. on Saturday October 29, at the American Legion Cemetery, near Big Stone Gap. An online registry is available for the family at www.holding funeral home.com

Holding Funeral is honored to serve the Anderson family.