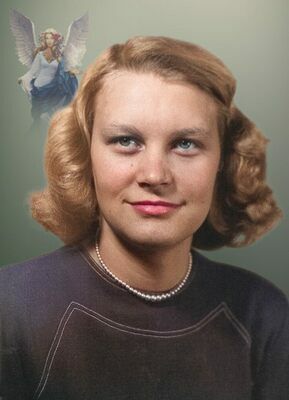 She was raised in Stonega, VA and graduated from Appalachia High School in 1952.  After graduating she moved to Wyandotte, MI and became an executive secretary at Ford Motor Co.  After the death of her husband, she moved to Houston, TX to be near her daughter. Charlotte became a Mormon and did extensive genealogical research of her family.

She is preceded in death by her parents, Earnest and Buena (Laster) Riddle; sisters, Ernestine and Wilma Jean Riddle; brother, John Riddle, and her husband, Robert Howard Muench.

Charlotte will be laid to rest next to her husband in the Riddle family plot at Mt. Carmel Cemetery in Wyandotte, MI.