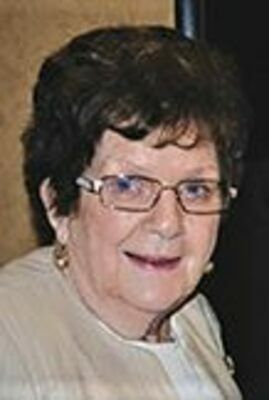 "Mothers hold their children's hands for a short while, but their hearts forever."

Freda Marlene Ratliff, 88, entered her heavenly home on Wednesday, September 21, 2022. Born on March 20, 1934, in Iaeger, WV, Marlene lived for more than 65 years at Little Prater in Grundy, VA, before moving to Big Stone Gap, VA in 2004.
Throughout her life, Marlene was concerned about taking care of others. The fruits of her love were found daily in making sure everyone had something to eat and everyone knew they were loved “the most.” Her children and grandchildren were the love of her life. A homemaker, who taught Sunday School at Ratliff Chapel Baptist Church for more than 40 years, and was the last of the Trustees listed on the Church deed, Marlene loved her Lord and Savior with all her soul. She crossed over to be with those who had gone to heaven before her, including her parents, Lewis and Pearl Riffe, her husband of 54 years, Sparrel “Toddy” Ratliff, her youngest son, Christopher Todd Ratliff, brothers Herman and Jack Riffe, sisters Leona Ratliff and Deloris Childress, and grandson David Jordan. She was the youngest and last member of the Lewis and Pearl Riffe family.

Leaving behind to celebrate her life are her two sons, Donnie Ratliff and wife, Vickie, of Big Stone Gap and Randy Ratliff and wife, Joyce, of Claypool Hill and daughter-in-law Tammy Ratliff, of Bristol, TN. Her grandchildren, Jason Ratliff, Jared Ratliff and Nicholas Todd Ratliff, Sean Ratliff, Mattie Ratliff and Shawn Jordan, and great-grandchildren Connor Ratliff, Cole Ratliff, Caroline Ratliff, Kaleigh Ratliff, Keegan Ratliff, Eliza Griffin, Asher Ratliff, Nolan Ratliff, Destry Jordan, Charli Jordan and Rhett Jordan, as well as a host of nieces and nephews. She had wonderful caregivers over these last 2 ½ years including Louella Sizemore, Peggy Lambert and Melissa Emershaw. Since June 15, 2022, she has been under the care and staff of Lee County Health and Rehab Center in Pennington Gap where she received loving care until the end.

Services for Marlene were held at the Gilliam Funeral Home Chapel in Big Stone Gap on Saturday, September 24 where visitation was held from 4 – 6 p.m., with the funeral following at 6 p.m. Speaking at the funeral were Reverend Jason Ratliff and Reverend Ronnie Mutter. Committal service were held at the Clinch Valley Memorial Cemetery in Richlands on Sunday, September 25 at 2:00 p.m. with Reverend Mike Rife and Reverend Rick Blevins officiating.

The family is being cared for by the wonderful and caring staff at Gilliam Funeral Home in Big Stone Gap, VA.

In Mamaw Marlene’s words, “We Love You the Most!”