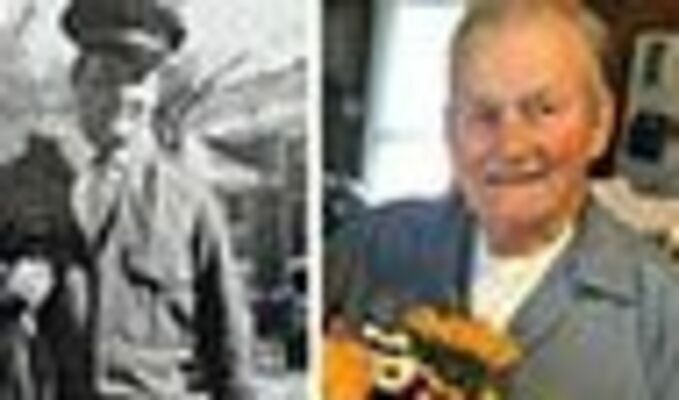 James Fred Poff Sr., of Big Stone Gap, VA, entered into the presence of his beloved Lord and Savior on Wednesday, July 27, 2022 at the age of 85.

Fred and his twin brother Ted were born on August 7, 1936 to the late Charles Clayton Poff and Mary Gladys Louise (Clasby) Poff of Big Stone Gap.

He was preceded in death by his parents, his brother Donald Poff, his sister Shirley McMahan, his infant sister Eileen Poff and his infant granddaughter Anna Grace Poff.

He was a graduate of East Stone Gap High School and a veteran of the United States Air Force, serving as a tail gunner during the Korean War era. After returning home, he worked for and eventually retired from the US Postal Service, having been a city mail carrier, a window clerk, a rural mail carrier, a carrier supervisor, and a postmaster.

Besides attending church and enjoying the fellowship of his dear brothers and sisters in Christ, Fred enjoyed faithfully teaching the Word of God more than anything. He stated many times that he would be pleased if the Lord called him home while he was busy about his Father’s business, teaching the Word. He accepted his calling with full force and dedication, his study and understanding of Gods word rightly dividing the word. He used it to teach others by authoring a personal Bible commentary that he diligently developed and refined over the past 15 years.

He was born into the family of God on April 15, 1979, and pressed faithfully “toward the mark for the prize of the high calling of God in Christ Jesus.“ He will be greatly missed by his family, friends, and his Church community, but because of Christ’s finished work, we “sorrow not, even as others which have no hope.” 1 Thessalonians 4:13-18

The family received friends on Saturday, July 30 at Holding Funeral Home in Big Stone Gap, from 4:00 to 7:00 p.m. for the visitation.

The service was conducted at 7:00 p.m. on Saturday in the funeral home’s chapel with Rev. David Powers, Pastor Ronnie Mutter and Tom Williams officiating. Special music was provided for the family by Billy Howard Lawson and the Poff Family.

The graveside committal service was held on Sunday, July 31 at 2:00 p.m. in Barkers Cemetery. Those wishing to attend are asked to meet at the funeral home at 1:30 to go in procession to the graveside.

Family and friends served as pallbearers An online register is available for the family at www.holdingfuneralhome.com

Holding Funeral Home is honored to serve the family of Mr. Poff.

Women and the game of baseball