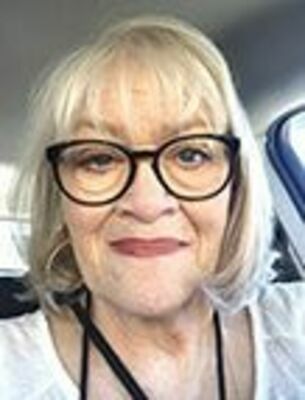 Our family of colleagues at The Post, the Coalfield Progress and the Dickenson Star is mourning a great loss.

Former editor and publisher Jenay Tate passed away Saturday morning after battling illness for some time.

Tate, of Norton, was the last member of her family who worked in Southwest Virginia rural community journalism.

Born in Texas, Jenay was a very young girl in the early 1960s when her mother, Robbie Goode Tate, journeyed to Norton on business and met her adoptive father, Coalfield Progress editor and publisher Carroll Nelson Tate. After they married and had two more children, Robbie came to work for the newspaper, and Jenay grew up surrounded by the world of journalism.

The family had owned The Coalfield Progress since 1924. The Tates acquired The Post in Big Stone Gap in the 1960s and purchased the Dickenson Star in the early 1990s.

Carroll Tate, who served as president of the Virginia Press Association in 1971, retired in the early 1990s and Robbie Tate became publisher. Robbie also served as VPA’s president in 1988-89.

Jenay graduated from the University of Kentucky journalism school in 1979 and came to work full time in the family business. By the mid-80s, she had been named editor of the Coalfield Progress.

Jenay’s brother, the late Michael Nelson Tate, joined the business in the early ‘90s and went on to manage the Star for several years, along with his other duties. Jenay’s passing came on Jan. 15, the same day of Michael’s untimely passing in 2013.

Jenay won numerous VPA awards for journalistic excellence during her four-decade career. Those included receiving in 1988 one of the association’s highest honors, the D. Lathan Mims Award for Editorial Leadership. The award, presented for opinion column and editorial writing, is named for a former editor and general manager of the Daily News-Record in Harrisonburg who “believed that newspapers and their editors should be active, caring parts of the community they served.”

Jenay’s commitment to the community and region was reflected for many years on the opinion page in her widely read “Inside/Out” column.

Along with serving on numerous VPA committees over the years, Jenay also was a founding member of the Virginia Coalition for Open Government, which advocates on behalf of citizens for governmental transparency and freedom of information.

Jenay and Michael took over management of the newspapers in the late ‘90s upon Robbie Tate’s retirement. The siblings sold the papers to American Hometown Publishing in 2005. Jenay continued her service, adding the work of the publisher to her duties.

Preceded in death by both parents and her brother, Jenay is survived by her niece, Hannah Grace Tate, and nephews Nelson Stewart Tate, Miles Andrew Tate and Ian Michael Tate, as well as her sister Carol Tate Bryant and husband Don.

Ridgeview has big innings to take down the Lady...